A great rainy Saturday afternoon activity is to browse online for weird laws. Nearly every state has a number of laws on the books, potentially enforceable, that appear to make no earthly sense. You can derive a great deal of enjoyment from trying to figure out why a person would want to practice one of these prohibited acts and who would be affected if someone did. There are crazy laws about how to treat your animals, what items are considered “deadly weapons” (slingshots and knitting needles, for example), and what songs you may or may not sing. Perhaps the most famous of these, however, is the “ice cream law.” 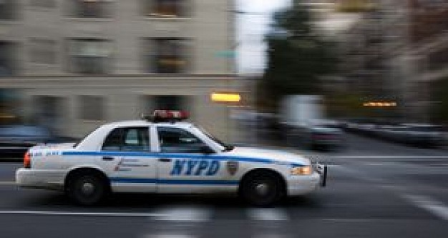 The ice cream law is actually part of several different states’ legal code, giving the impression that it arose from a common problem, not a single lawmaker’s personal vendetta. While each state has its own variation, each one states that it is illegal to carry an ice cream cone in one’s pocket. Some states restrict the prohibition to Sunday, while some specifically refer to back pockets. You probably have two questions: Why would anyone put an ice cream cone in their pocket, and why would the government not want them to do so?

As with most hard-to-explain laws, the ice cream law has its origins in a different social and economic climate. It seems that horse thieves had come up with an ingenious way to get out of trouble if someone caught them making off with a horse: They simply said that the horse was following them home, and they had no control over the situation. Why was the horse following them home? More often than not, it was because of a sweet, delicious odor coming from the thief’s back pocket…ice cream!

Who knows why thieves focused on ice cream as the perfect horse-tempting food? In any case, don’t try it today, or you could find a judge blowing the dust off the ice cream law and convicting you. You would certainly make it onto the evening news!

We have a plethora of great ice cream activity ideas on our website, and none of them involve breaking laws, obscure or otherwise (at least as far as we know…). Have fun with your ice cream, let your creativity go wild, and make sure there aren’t any horses nearby. You wouldn’t want a passing police officer to mistake your birthday party for a horse-stealing operation.
Posted by Lance at 10:22 AM