Around the World for Ice Cream


Did you know that there are some countries that don’t have immediate access to ice cream? A shock, I know, but it’s true. In fact, one of the world’s largest nations, China, is in just such a dessert predicament. Ice cream isn’t very common there, but one determined dairy farmer is on the path to showing China just how ice cream is made and enjoyed.

Mr. Wang had to look outside his own country to find a way that he could get all the education he needs to begin his own ice cream production operation. After making a few connections, he ended up in the heart of the United States’ dairy producing region: Brookings, South Dakota, on the campus of South Dakota State University. The school has a Department of Dairy Science, just the kind of place that Mr. Wang needed. 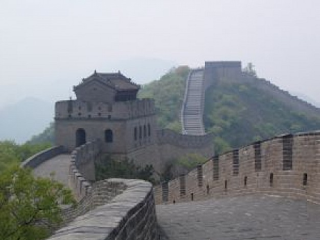 In fact, a teacher agreed to teach a special, one-student, two-week course on how to make ice cream just for Mr. Wang. It was an intense, whirlwind tour of the farming, churning, and selling of ice cream that opened the Chinese businessman’s eyes to how ice cream is made and marketed in the U.S. Of course, he’ll need to adjust his approach to match China’s unique business landscape, but he is now thoroughly prepared and excited about his coming adventure.

The teacher admits that it was a challenge to teach Mr. Wang, who does not speak English. Translators helped, but of course the flavor of ice cream is a language all its own!

Fortunately, you don’t have to travel halfway around the world to discover how to make ice cream. All you have to do is buy an ice cream maker and visit our website to find out how it’s done. You might not be starting with your very own dairy farm, like Mr. Wang is, but if you’re fortunate enough to know a dairy farmer personally, you might be able to make the freshest ice cream you’ve ever had.

Will ice cream catch on in China? If it does, two things are for sure: First, some dairy farmers will make a lot of money. Second, South Dakota State University will be able to claim an important role in introducing ice cream to one of the largest new customer bases in the world! And it’s likely that it will catch on; according to Mr. Wang, the next generation of Chinese is quickly becoming hooked on dairy products. What’s a better dairy product than ice cream?
Posted by Lance at 12:21 PM