The Many Flavors of Politics

It’s somehow appropriate that in the middle of a long Republican presidential primary season, a free ice cream day puts Ben & Jerry’s ice cream in the spotlight. The based ice cream maker has thrived on the attention it generates by commemorating various political events with limited edition flavors.

Every year, Ben & Jerry’s designates a single day as open season on its delicious, surprise-packed ice cream. This year, it was April 3, and between noon and 8:00 PM employees at the popular ice cream shops worked overtime dishing out free scoops to customers of all political stripes. After all, free ice cream brings everyone together, right? 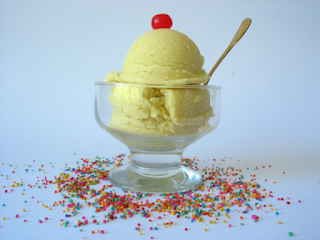 In 2009, the ice cream makers took action in what we can only hope will be the start of a new tradition. With the inauguration of President Obama, Ben & Jerry’s offered a limited-time special recipe in honor of the event—appropriately titled “Yes Pecan.” Ice cream lovers had to act quickly to get their scoop of buttery roasted pecan-flavored ice cream, though; Yes Pecan was only available for a month.

Before 2009, there had never been a Ben & Jerry’s flavor dedicated to a president, although numerous other celebrities and causes have found themselves on those irresistible pint containers in the grocery store freezer. Political comedian Stephen Colbert, late night host Jimmy Fallon, and basketball player Jeremy Lin are some of the best-known flavor stars. President Ronald Reagan, the founder of National Ice Cream Day, came pretty close to having a flavor named after him, according to Ben Greenwood (Yes, that Ben). It would have been filled with jelly beans, Reagan’s sweet treat of choice.

If a Republican wins the presidential election in November, will we see another presidential flavor from Ben & Jerry’s? It’s delicious to speculate on just what it might taste like. Rick Santorum has gone on the record praising chocolate—the darker, the better—and admits to an ice cream addiction. Newt Gingrich has a well-known penchant for Diet Coke; that would be an interesting flavor to say the least. And Mitt Romney, with his roots, suggests cranberries and lobster. Well, maybe just cranberries.

Who knows; perhaps Ben & Jerry’s 2013 free ice cream day (yet to be scheduled, so sadly we can’t put it on our calendars yet) will feature a brand new Republican flavor to honor a new president. Or, if Obama wins a second term, we might get a second shot at that Yes Pecan flavor!
Posted by Lance at 6:52 AM