The Cause of Brain Freeze Revealed!

Brain freeze is simply one of the risks involved in eating ice cream. We know it’s going to happen once in a while, and when we’re actually having a brain freeze it’s surprisingly painful. But we continue to eat ice cream too quickly because sometimes, you know, it’s just too good to resist.

A team of scientists has devoted their experience, equipment, and energy to trying to find out just what happens during a brain freeze. The larger context of this study is actually trying to find a treatment for migraine headaches, which are notoriously difficult to study because they are unpredictable. A brain freeze, on the other hand, is very predictable—just start gobbling your favorite ice cream flavor, and you’ll probably get one right away. Migraines and brain freezes have a lot in common as far as symptoms, so the scientists hope that by learning exactly what a brain freeze is, they can pinpoint what makes a migraine too. 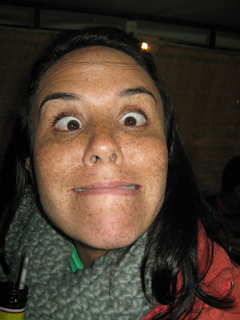 You’ll probably be interested to learn that their findings show that a brain freeze literally does occur in the brain; it’s not just a problem with the roof of the mouth like some people assume. Eating ice cream too fast creates a dramatic drop in temperature at the top of your mouth. The brain, sensing that change, orders more blood from the body in order to stabilize its temperature. The sensitive tissue of the brain is particularly vulnerable to damage from temperature change, so it is critical that it respond quickly.

The sudden rush of blood through the arteries behind the eyes appears to be the root cause of the temporary, intense pain that comes from eating ice cream quickly. Once the body has gotten the temperature back under control, the arteries shrink and stop allowing extra blood to flow through them. You breathe a sigh of relief, shake your head, and go back to eating ice cream (hopefully having learned an important lesson, though).

We can analyze the physical nature of a brain freeze all day, but we all know its true cause, right? It’s the fact that some ice cream is just too delicious to eat slowly. We’d like to suggest one homemade flavor that is likely to induce brain freeze: Cake batter ice cream. Customize this unique recipe with your favorite cake mix, and serve it along with a stern warning to eat slowly!
Posted by Lance at 7:17 AM