And the Winner Is...Ice Cream!

A national recipe contest hosted by the Martha White muffin mix company was won by a recipe that featured—you guessed it—ice cream! Ice cream recipes are a fantastic way to make a summer gathering even more exciting, or to add a special touch to a family evening at home. This winning recipe just might become your new favorite. 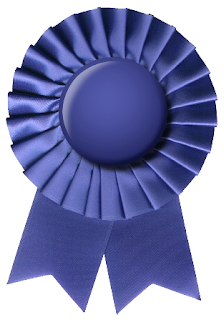 With summer just around the corner and warm temperatures in most of the country, is it any surprise that the judges and online voters gravitated toward cold, creamy ice cream when they selected the winner? Just looking at the picture of the winning ice cream sandwich makes the mouth begin to water.

The rules of the recipe contest were simple: Each contestant submitted a recipe that incorporated Martha White muffin mix. Judges rated all the submissions by taste, creativity, use of muffin mix, preparation difficulty, and appearance; then presented the five finalists for open online voting. In past years, as well as among the runners-up to this year’s contest, most of the winning recipes focus on fruit—berries, bananas, and even a fruit pizza. This year, however, the champion recipe went in a different direction. Emily B. from came out on top, with her ice cream recipe that used Martha White’s chocolate chip muffin mix. Her prize? $5,000, a gift basket worth $50.00, and the pride of having her recipe featured as the winner.

The recipe uses a waffle iron to make a crispy chocolaty wafer, which then becomes the outside of an ice cream sandwich. A little hot fudge and peanuts added to the top, and the creation is complete. Want to try it out for yourself? Martha White’s website has the winning ice cream recipe posted, as well as the runners-up in the contest. We suspect that creativity was one of the major considerations in this contest—who would have thought of combining a store-bought muffin mix with ice cream for such great results?

Emily B.’s entry in the recipe contest is just one example of how creativity with ice cream can result in an unusual treat that everyone loves. If you’d like to try your hand at making some homemade ice cream desserts this summer, check out the creative recipes on our website, including the delicious gingerbread man ice cream sandwich. Or, come up with your own unique invention. Who knows—you could win a national recipe contest yourself and come up with the next ice cream recipe to sweep the country!
Posted by Lance at 4:54 AM